Bajamar on the north coast of Tenerife

The small, quiet town of Bajamar on the north coast belongs to the municipality of San Cristóbal de La Laguna and lies at the western edge of the Anaga mountains. For this reason, Bajamar is an ideal starting point for hikes in the green north.

The capital of the island Santa Cruz is only ca. 25 km away. Every half-hour, there go buses to La Laguna.
From there, you can go to the centre of Santa Cruz by tram in ca. 30 minutes.
Often it's not possible to bath in the sea due to the strong surf. Consequently, several seawater swimming pools and nice pool areas in the hotels came into being.

Bajamar has an old centre with the pilgrimage chapel San Juan Bautista, built in 1628. The great number of small pubs and restaurants offer local, as well as international food. Bajamar is an ideal starting point for hikes in the Anaga mountains.

Bajamar is far away from the mad rush. Instead, you find the simple life, idyllic places, a touch of romance and all of this in connection with a magnificent view of the deep blue Atlantic. The climate in the region around Bajamar is mild all the year round, which works especially for agriculture. You can already notice it on the way to Bajamar, as there are lush gardens and fields. The coast of Bajamar is a paradise for snorkellers and divers. You will also meet some surfers here. 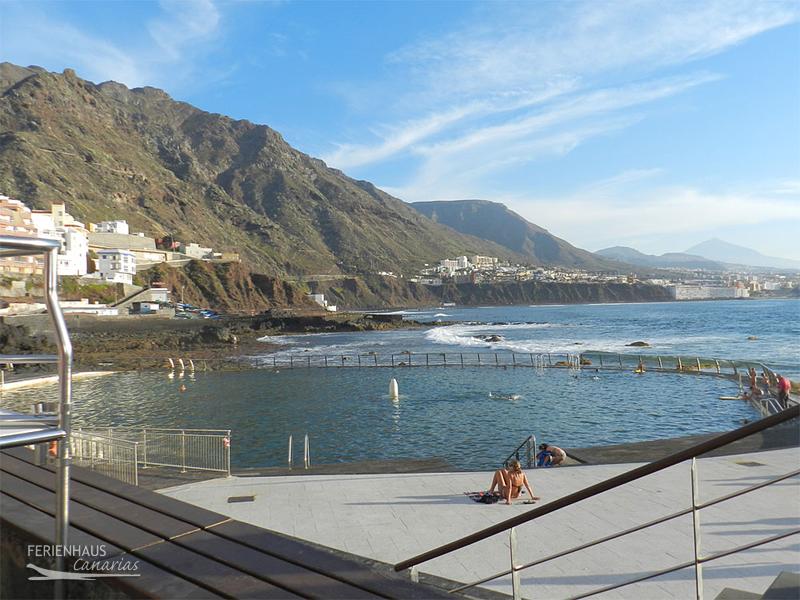 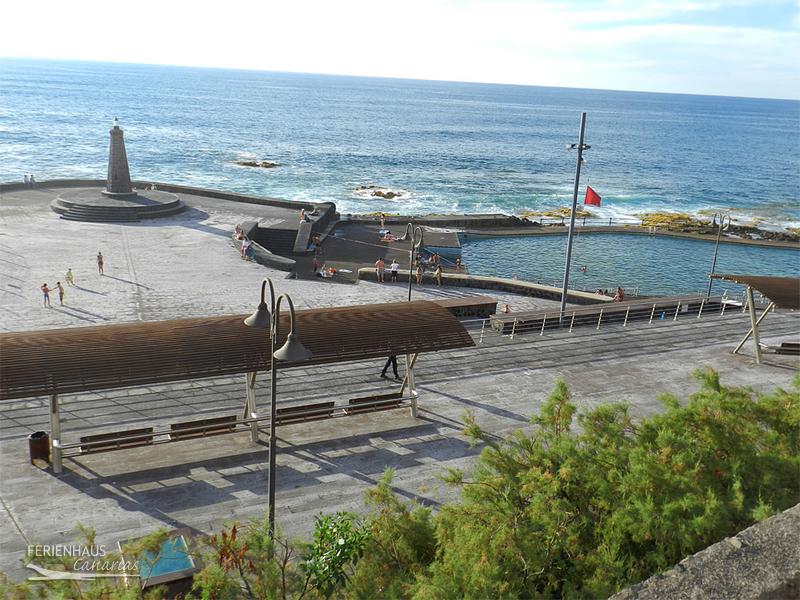 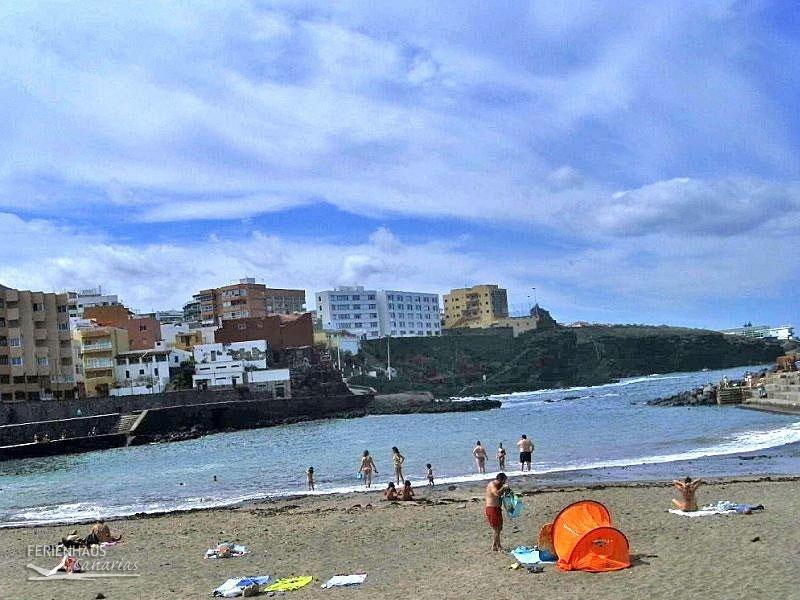 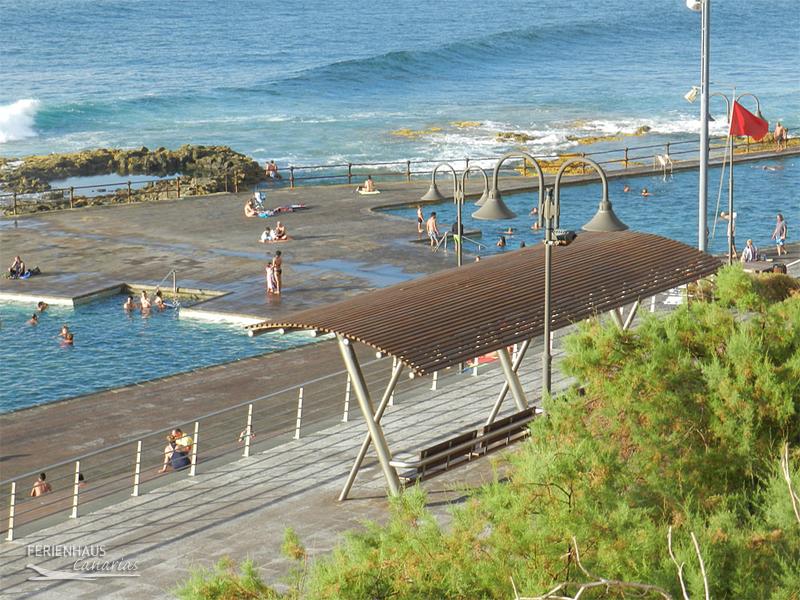 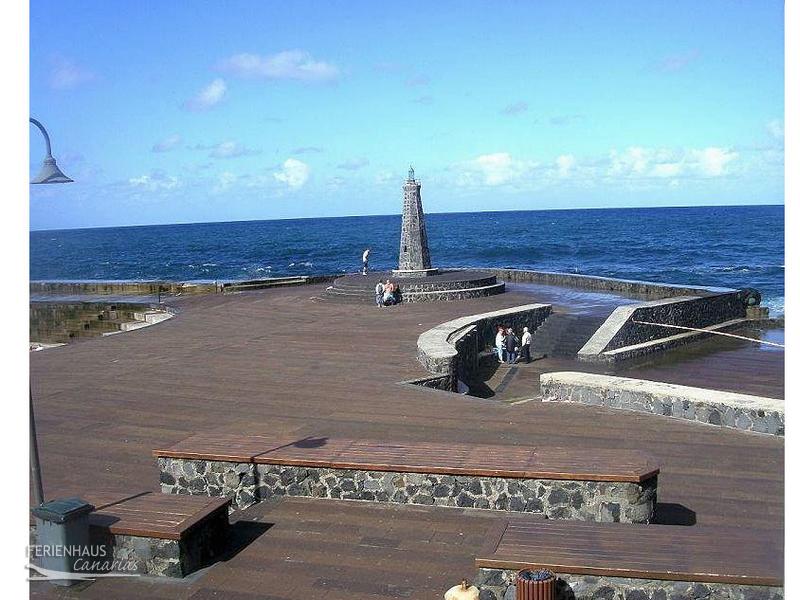