Travel guide and adviser ✓ Tenerife... everything at one look

Tenerife travel guide – Here you will find everything you need to know and much information about the Island - all at one look! 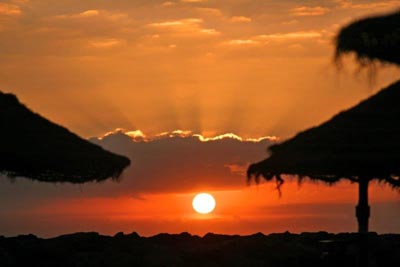 Teneriffa is located around 300 kilometres west of Africa and 1.300 kilometres away from the Spanish mainland.
The island is around 83 kilometres long and up to appr. 50 kilometres big. With approximately 2.050 square kilometres is Tenerife the biggest of the Canarian Islands. But it wasn't always like that.

The scientists assume that the Island got created for around 10 mil. years. They assume that the Teno-mountains, the Anaga-mountains and the mountains around Adeje were separated islands. Due to the volcanic eruption of an enormous original volcano, which an approximately size of 6.000 metre, the three small Islands got connected to one island. Following landslides and seismic movements created Tenerife how we know it today.
During this time the biggest caldera in the world must have accrued. The caldera has a diameter of around 16 kilometres and crater walls up to a size of 500 meter. The Pico del Teide is the famous landmark of Tenerife and got created together with the Pico Viejo around 500.000 years ago in the crater (the Pico del Teide has an appr. size of 3.700 metre). 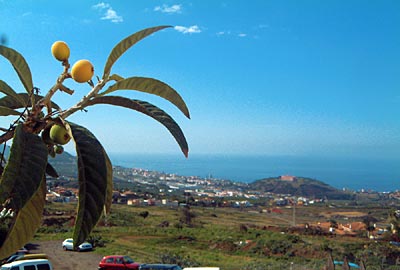 There is nothing like a consistent climate on this island. This is why many travel guides describe Tenerife as a mini continent.
The reasons for the different climatic zones are that location in the Atlantic and the mountains on Tenerife. The weather on Tenerife is quite warm during the entire year like it is on all of the Canarian Islands. The pleasant temperatures are on the entire island, from the north to the south of Tenerife.
The water temperatures of the Atlantic get influenced the temperatures on the island. In February/March the water has a temperature of around 18°C and in August/September of around 23°C. That means it is never really cold and you can go for the swim during the entire year.
Also the trade winds are a reason for the warm temperatures. These are coming from the Azores, which are a Portuguese group of islands. On the way to Tenerife the trade winds soak up with Atlantic water and reach the Teide-mountains. Here they create clouds in a high of around 1.000 to 1.500 metres and start to drizzle when they touch the pine-woods and laurel-woods.
➜ As a result, the north of Tenerife is beautiful and green and the south is warmer and the climate is dryer. More about the weather and climate are here to be found... 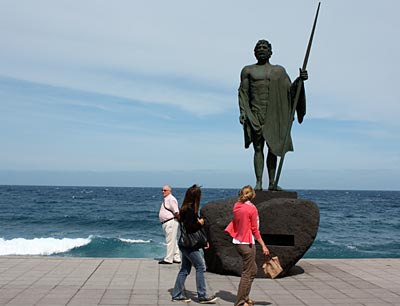 History of Tenerife – the Guanches-kings

When you travel to a new holiday destination, you should know something about the history of the country.
The first time Tenerife got discovered was around 1100 to 800 before Christ. In the 13. Century other countries attempted to discover new land or to conquer new territories by the sea way. On one of these tours the sailors also discovered Tenerife and the natives who were living in a high developed Stone Age culture.
Wherefrom or how these natives got on Tenerife is unknown but there are many theories about it.

The former natives got called Guanches, and they lived in tribes. A legend says there was once one big tribe with only one Mencey (King). When the king died, the community of shepherds and farmers separated and each son of the king got his own tribe. In Candelaria you can see statues of Guanches-kings on the plaza in front of the church.

Tenerife has more than 40 wonderful beaches on the entire island. From smooth sand beaches to solitary nudist beaches - here is everything you are looking for. Now we will tell you a bit about the three of the most beautiful beaches. Here... you can read about all the other beaches.

► Playa las Vistas at Los Cristianos. The beach is popular with holiday makers but also locals like to spend their free time here. The Playa las Vistas is around 850 metre long and wave breakers make sure, the surge isn't that strong - that means, also families with children like to visit this beach. At the beach you can rent sun loungers and sun umbrellas.

► The artificial beach Playa las Teresitas is located in the north, around 1,5km long and is made with sand from the Sahara. Also here are wave breakers so the surge isn't that strong. The beach is smoothly sloping into the water. Around the beach are palms with will give you the special holiday feeling.

► The Sea water pools Lago Martianez are to be found in almost every travel guide: Here you have different sea water pools for swimming. In the middle of the biggest pool is a small island where you can lie to enjoy the sun. The pools are directly at the sea so you can hear the waves. This gives you a special feeling. These swimming pools aren't comparable to the ones you know from home!

Here you find accommodations at the sea

Following sights have to be in every travel guide! 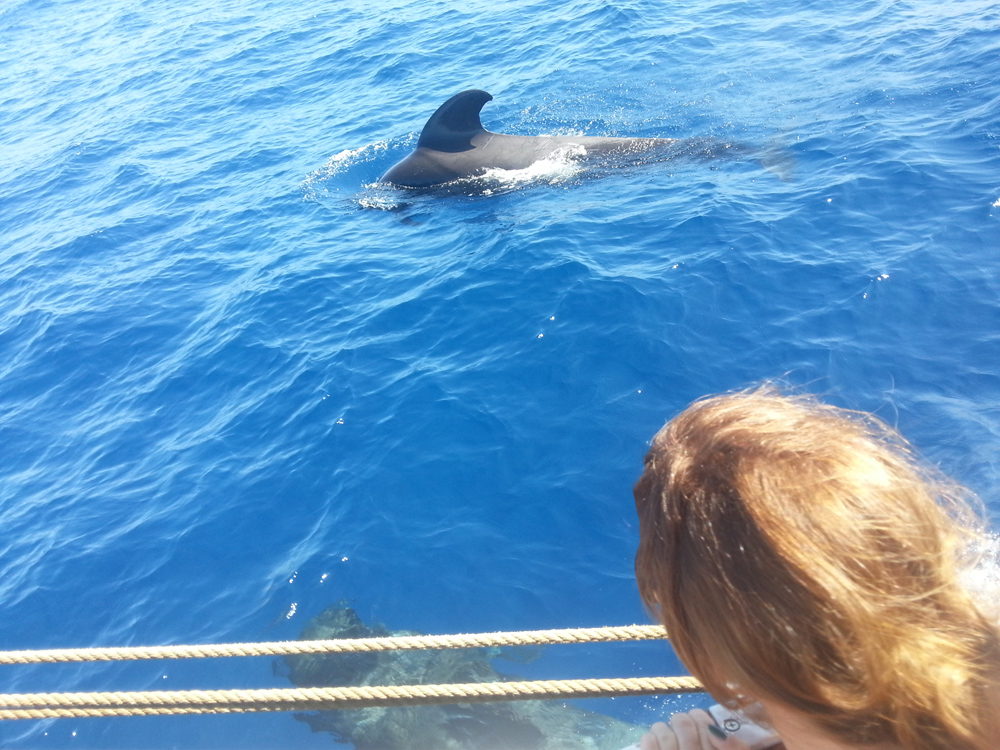 What else you can do besides visiting the beach:

Tenerife is a „lame“ island for retirees? Absolutely not. If we couldn't convince you about the advantages of Tenerife, maybe this will change your opinion:
There are regularly film-shootings on Tenerife.
The re-make of „Clash of the Titans“ with Liam Neeson and Ralph Fiennes was shoot on Tenerife. Some scenes of following movies got also shoot on Tenerife: • Planet of the Apes • Fast and Furious 6 • The Clan • Don’t grow up, etc.
So you don't need to travel to Hollywood if you want to meet a movie star.

The motorways on Teneriffa lead from the north from Santa Cruz to Puerto de la Cruz and down to the south to Los Cristianos and Las Americas.
The cheapest way to get from A to B is using public transportation like the public busses. Attention dog owners: The animals are not allowed in the bus.
There are bus stops in every towns and the bus will get you to almost every town - that depends on the line. The bus traffic of the green busses is called Titsa, and on Tenerife the locals call the bus Guagua, what is different from the Spanish on the main land.
Also Taxis have low-prices on Tenerife and take you to your destination. Here are dogs allowed but only in special pet carriers.
From Santa Cruz de Tenerife, which is now the capital city, there is a tram (Tranvía) going up to the former capital city San Cristobal de la Laguna.
The most comfortable transportation is a rental car. Having an own car, you don't need to worry about departure times and you can discover the entire island when and how you want - with or without your dog.

Another important travel information is the safety.
Delinquency is happening on Tenerife but not more than in any other touristic destination. Armed assaults are unusual on Tenerife.
But you should be careful of pocket thieves like you should in every country. And gangs who break open rental cars.
People recommend NOT to leave valuables in the car and to keep the glove compartment open. So the thieves know it isn't worth it to break the car open.

Your valuables should neither lie around in the hotel room.

The local police, Policia Local and also the Guardua Civil patrol regularly on places with many tourists.
In case of an incident you should go to a local police station to make a report because some police officers don't speak another language. There is also a police hotline with interpreters so you can make your report via phone. The Policia Nacional describes this hotline as „Phone service for reports of foreigner tourists".

This was our short information about your trip to Tenerife. More information about the island, towns, activities, landscape, beaches, restaurants, hiking trails, the Pico del Teide and National park, the south and the north and much more can you read in our Online-travel guide.

Here is the... travel checklist

Everything at one look
to table of contents 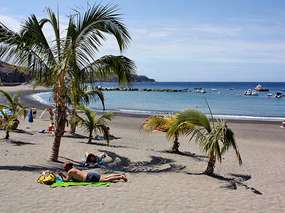 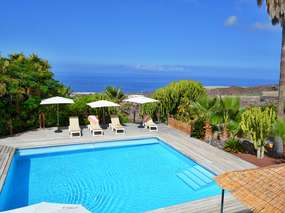