Beaches with soft sand and many waves invite you to relax, to swim in the Atlantic and to feel good. The south of Tenerife is known for its barren and Mediterranean landscape and wonderful sandy beaches along the south coast. The south of Tenerife is perfect for those who like the sun and the beach. The former fishing town El Médano is also called “Surf-City”, because all water sports lovers of that region come here. Once a year there is even a surf competition. Although the south of the island is considered to be a place of

mass tourism, there are also many individual types of accomodation for rent, such as villas or accomodation with private pool, or

reasonable holiday apartments at the seaside. Holiday fincas can also be found in the south but more outside the towns.

Many people who hear the words „Tenerife South” think of tourist centres like Playa de las Américas. At those beaches you can swim or do sports activities such as windsurfing, paragliding and water sports. Those people who are looking for party holidays will be delighted by the night life of this town.

But the south of Tenerife has much more to offer than tourism! The south coast goes from Los Gigantes to Igueste, in the interior of the island up to the ridge. The ridge separates the north and the south of Tenerife. Find out more about the landscape.
Along the south coast there are not only tourist towns but also many small ones and small fishing towns with only a few houses and a small bar. Those fishing towns, as well as the innumerous sandy bays, are worth a visit, because the time seems to stand still there. An example is Los Roques near Fasnia. 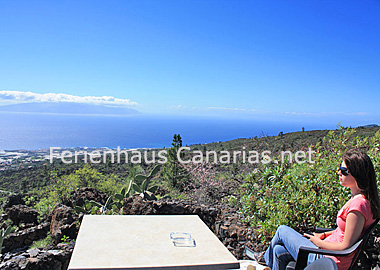 The south of Tenerife offers also many holiday apartments away from the tourist centres. Especially in the towns of Playa San Juan, El Medano, La Candelaria, San Andres, Igueste and Las Galletas, you can enjoy the local and Mediterranean flair. When you spend your seaside holidays here, you can escape from mass tourism, experience the island and the locals’ way of life.
Other popular holiday destinations are the coastal towns of Los Gigantes, Playa La Arena and Puerto Santiago. There are not as many tourists as in the tourist centres, but the sunny climate, the beaches, as well as the reasonable holiday apartments are very attractive.
Those who prefer luxury should spend their holidays in La Caleta. This town is also in a good climate zone at the seaside, where you can find luxury villas, the well-known golf course Adeje and the popular beaches of “Playa del Duque” and “Playa La Caleta”. 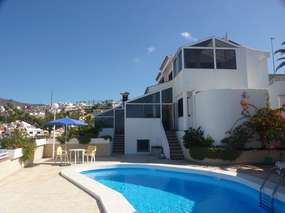 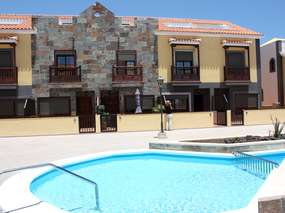