Traditions and old customs on Tenerife

The Canary Island has a lot of traditions. Old customs still gets celebrated and forgotten rites brought back to life.

Celebrate the feasts whenever they are: Fiestas on Tenerife 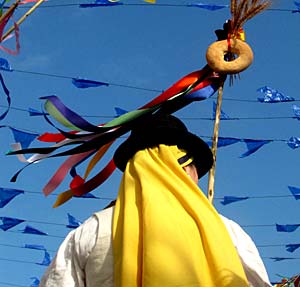 The Tinerfeños love to celebrate like their ancestors the so called  "Guanchen" did before! So it is not surprising that they celebrate so many fiestas on Tenerife. It almost seems like it there is always a reason to celebrate on the sunny island!

Each fiesta gets planned thoroughly. The meet to have fun, to sing and to dance and last but not least to eat. During a fiesta they offer Canarian food and cold drinks on many different booths. Of course the meals are homemade.

If you visit one of the fiestas and you have the chance to eat the traditional food you should try it - the meals of the traditional canarian cuisine tastes really good.

Fiestas on Tenerife are brisk and colourful – a real enjoyment of life!
Especially in the smaller towns the locals like to wear the traditional garbs of the Island. It looks really nice and affords beautiful and special pictures for your holiday photo album.

There is no typical Canarian fiesta without traditions and customs.

An outstanding example are the yearly feast of the summer solstice. Many countries celebrate the midsummer feast in the night from the 21st to the 22nd of June. But on Tenerife they celebrate it in the night of the 23rd of June to the 24th of June. It is the so called Noche de fuego. All over the Islands they make midsummer night bonfires on the beaches. A must-do if you are on the island during this time.

Traditions of the St. John's Eve 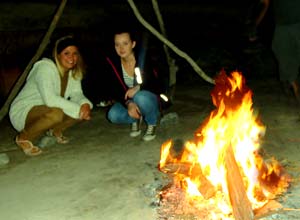 Not only the bonfires are a traditional custom during the Noche de fuego. In this night you will find other customs as well:

If you have the chance to visit this events you should go. The Tinerfeños know how to celebrate. You don't need to worry about being "just a tourist" and not a local - everybody is welcomed and gets treaded nicely. You would be surprised how much fun you will have!

Customs and traditions
to table of contents 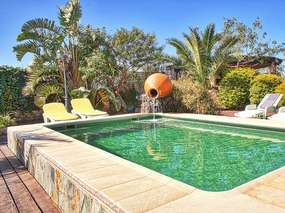 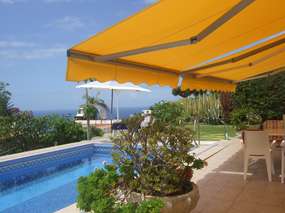 House with Pool Santa Ursula
OKWe use cookies on this site to enhance your user experience. By continuing to browse this site you are giving your consent for us to set cookies. » Privacy Policy