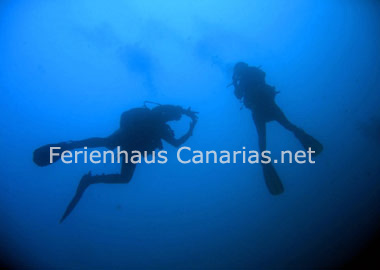 Tenerife is one of the most extraordinary diving regions in the wolrd, as there are two different underwater worlds around the island – the atlantic and the tropical one.
With wonderful water temperatures between 17°C and 24°C and a pleasant Mediterranean climate, Tenerife is perfect for diving. Even snorkelers will get their money’s worth because of the wonderful sight that can be of up to 30 meters in the Atlantic. Also fans of deep-sea diving get their fair share as there is much to discover in depths of 10 to 40 meters.

The main diving area of Tenerife are the west and the south coast, as the Atlantic is a bit smoother here, than on other places of the island.Tenerife properties at the south coast you find here.
Off the coast of Tenerife, apart from many smaller fishes, often you can also see barracudas, groupers and tunas as they prefer calm water. With a little luck, you can also see many types of ray, manta rays, colourful parrot fish, scorpion fish and trumpet fish. Those fishes like to hide in the volcanically shaped underwater world of Tenerife in reefs, caves, grots and crevices, covered with corals, sponges and gorgonians.

The Portillio cave, a popular destination with diving schools, is a real adventure, as well as to dive through the airplane wreck in El Sauzal and the Heavens Gate. Diving to the underwater chapel in Los Silos never ceases to fascinate the divers. 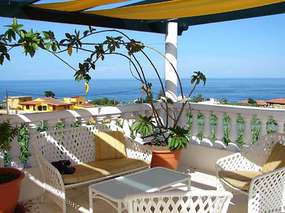 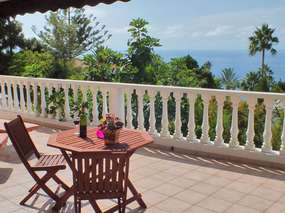