Motorsport for amateurs and professionals - Go-kart tracks on Tenerife

You love the speed? How about a visit on go-kart tracks?

On Tenerife are three different facilities. Two of them are in the south of Tenerife:

In the north in San Cristóbal de La Laguna (in the districts La Esperanza), is the third facility:

The Karting Club Tenerife in Arona has a special atmosphere due to the outside tracks. These go-kart tracks belong to the biggest in Europe. You can choose between two different classes:

Both tracks have high security standards and the sides are secured by car tires.

They even thought about the youngest visitors (under 5 years): For the mini-drivers there is a special go-kart (Bi-Plaza). Here the little ones are able to drive together with their parents. 12 rounds with the "tandem" cost around 14 Euro.

The opening hours:
The Karting-Club Tenerife is open during the entire year from 10:00am till 20:00pm.

Prices:
A single person pays between 18€ and 22€ - the price depends on the amount of rounds and the go-kart you chose.

There are special offers for groups. The price is depending on some criteria - e.g. the number of people. You can ask for the prices under the following number +34 922 730 703.

The Karting-Club is located between Guaza and Las Charfiras.
The address is: Carretera del Chó s/n 38640 Arona

Good accommodations on a Finca in the north of Tenerife

This go-kart track is located in Fañabé. Facilities and offers are smaller as at the Karting Club Tenerife, but the fun and pleasure are as good as on the other tracks. Karting Las Americas offers tracks and go-karts for adults and children as well as for beginners and for advanced for all ages.

The prices get calculated by driven time and not per round. Ten minutes of driving costs 10 Euro for adults and 6 Euro for children.

The opening hours:
Karting Las Americas is opened daily from 9am till 22pm.

There is also a go-kart track in the north of Tenerife. Karting Canarias is located in San Cristóbal de La Laguna in the town La Esperanza. The prices get calculated by driven time and not per round. Also here you have to pay for 10 min around 10€ as an adult and the children pay approximately the half.

Like the other go-kart tracks also the Karting Canarias offers special group prices. Information about the tracks and to do a reservation for a group you can call following number: +34 636 541 282

Tuesday to Saturday & on holidays from 11:00am till 19:30pm.
Sundays closed.
On Mondays it is just open for members.

Go Karting: floor the accelerator - show everybody how good you are and win the race!
Have a fun time!

Extra information:
The first go-kart got established in 1956 by the American engineer Art Ingels.

Your holidays - your accommodation! 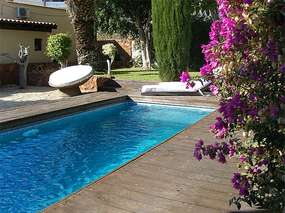 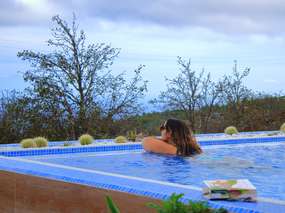