The dove-coloured Teno mountain is part of the incredible beauties of nature with a variety of interesting hikes on Tenerife. You can regain your strength in Teno mountains on adventurous hikes, interesting field observations or a refreshing picnic.
Teno mountain provides countless hiking routes. On a clear day you can view far distances - from Punta de Teno with both lighthouses all the way to the neighboring island La Palma. Located in the northwest of Tenerife, a trip to Teno mountain is advisable between the cities of Santiago del Teide and Buenavista del Norte. As if the serpentine road from Masca and Buenavista del Norte wasn´t adventurous enough, the over 1,000 metres high Teno mountain provides breathtaking views over the island, steep rocks and a unique flora and fauna.

From a geological point of view Teno mountain is considered an independent part of the island. Millions of years ago Tenerife didn´t exist. Three smaller islands had formed in Tenerife´s place. One of them was today´s Teno mountain, made of lava. Scientists reckon that this is the oldest part of Tenerife. According to the scientists these rock formations are approximately 10 million years old.

The landscape of Teno mountain is characterized by steep rock formations and narrow canyons. Due to tough life conditions only few human settlements are located here. When visiting a farmer you have the feeling of time standing still for centuries.
Agriculturally Teno mountain is more or less unimportant. Only some terrace areas are used. Additionally there is a deficit of infrastructure. The settlements in Teno mountain, except for the road between Masca and Santiago del Teide, can only be reached on narrow mountain paths and a luxurious donkey ride. These paths were already used by Tenerife´s natives, the Guanches.

A special recommendation is for a visit of Masca. This place is located in a height of about 800 metres on protruding rock areas of Teno mountain. You will have a  great view over breathtaking Masca canyon from this spot. In case you decide for a transition, you can easily be picked up by a water taxi at the finish. When resting in the village you will never forget the amazing taste and flavour of the here cultivated citrus fruits. 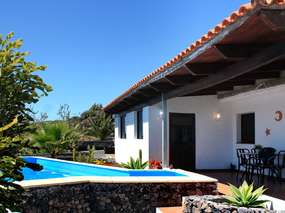 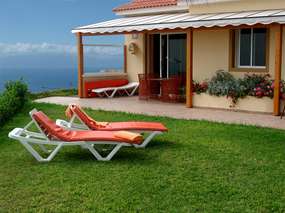 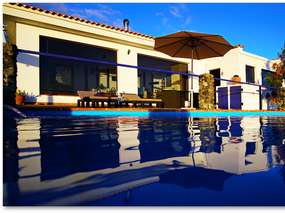 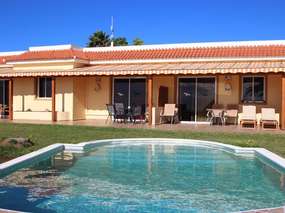