Tenerife: The history in a timeline 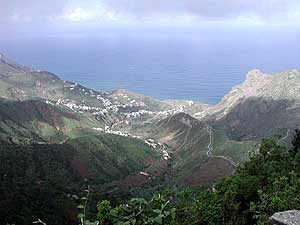 Tenerife has a long history. In our timeline you will find some important information and occurrences of the Island.

400 years B.C. until one century after Christ
The Islands get settled by the Guanchen.

Around 150 after Christos
Claudius Ptolemäus - a Greek mathematician and geologist - put the prime meridian to the western boundary of Orchilla (Westkap El Hierros).

1280 to 1330
Traders of Genoa visited the Canary Islands. One of the traders was Lancilotto Malocello, who eventually gave the island Lanzarote its name.

1339
The Islas Canarias are mentioned for the first time by name on a marine chart.

In this time, the Spaniards and the Portuguese did raids and got slaves.

1402
Jean de Bethencourt was an aristocrat of the Normandy. He occupied Lanzarote and is called the "king of the Canary Islands".

1402 to 1405
Bethencourt conquered further Canary Islands for Spain and gets them to enfeoff by the king.

1405
After the successfully conquer of Fuerteventura and El Hierro, Jean de Bethencourt tried to conquer Gran Canaria and Las Palmas but he failed.

1406
Bethencourt is leaving the Canary region and returns to the mainland.

1406 to 1415
Maciot de Bethencourt, is the nephew of Jean de Bethencourt and takes over the administration of the Canary Islands his uncle conquered. In 1415 he gets dismissed.

1482
Submission of the Island Gran Canaria.

1492
Christoph Columbus started his first expedition from La Gomera. In the following years he came back to the Canary Islands very often. In 1492 he reported about a volcanic eruption of the Teide.

1492 to 1493
Alonso Fernandez de Lugo is an aristocrat of Andalusia and conquered the Island La Palma. 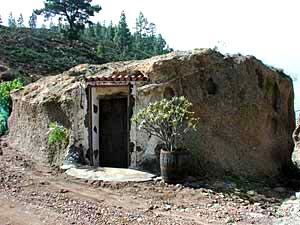 End of the 15th century
The first banana trees and vinery arrive on Tenerife.

Since 1500
Sugar cane cultivation by slaves.

Since 1520
The first Canary wine gets shipped to England.

1537
The slaves trade gets prohibited

End of the 16th century till the 18th century
England tries to conquer the region of the Canary Islands. The number of pirate-attacks is rising.

18th century
Many inhabitants of the Canaries emigrate. The most popular destinations are Cuba and Venezuela.

1778
Santa Cruz gets the trade-permission with America.

1797
Horatio Nelson was a British admiral and tried to conquer the Canary Island Tenerife but also he failed.

1817
Foundation of the University of La Laguna.

1822
The new capital city of the Canary Islands is: Santa Cruz de Tenerife.

A small insect provides a huge economic boom: the cochineal. This coveted louse gets bred on special cactuses.

End of the 29th century
Production and export of bananas become the main economic sector.

1936
General Francisco Behamonde Franco is a former military governor of the Canary Islands and plans a military coup in the north of Tenerife (in the Esperanza forest). A Spanish civil war starts. Franco wins and from now on Spain has to suffer of a terrible military dictatorship of the general.

Second World War
After the war is over Spain does not become a member of the UNO but it gets economic support from the United States of America.

1955
Spain becomes a member of the United Nations.

Since 1960
Tenerife becomes a touristic destination since the start of the charter flights.

1971
The Volcán de Teneguía on the Island La Palma burst out. So far this is the last volcanic eruption on the Canary Islands.

1975
The General Franco dies and King Juan Carlos becomes the sovereign of Spain.

1982
Spain becomes a member of the NATO.

1983
Like the other 16 autonomist regions of the Spanish mainland, the Canary Islands get their own regional polities and chosen parlement.

1986
Spain becomes a member of the EU. There is a special agreement for the Canary Island. 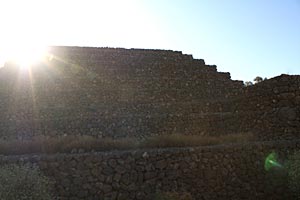 They found the Pirámids of Güimar and between 1991 till 1998 the Pyramids got dug out by archaeologists of the University La Laguna.

Thor Heyerdahl, believes in the diffusions and in pre-historic high-sea-sailing and was a big part of the discovering of the pyramids. He convinced a businessman of Norway to buy the place of discovery and to get rid of the rubbish.

After a while the archaeologists of the University La Laguna agreed to do test-digging and took over this project.

1993
The Canary Islands get officially recognized as a member of the EU.

1996
The end of the former special status of the Canaries in the EU.

2006
Due to the strategic favourable position of Tenerife, they want to use the Island as a logistic base for the economic development of Africa.

2015
The number of arriving refugees on Tenerife is rising.

The history of Tenerife is very interesting. Discover the Island by your own and look at the remains of long gone times. 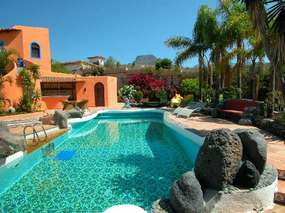 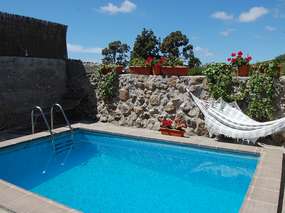 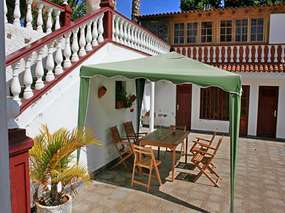 2 bedroom - apartment on a finca 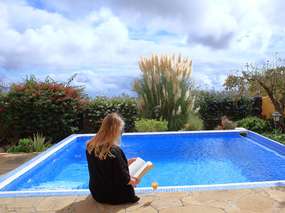